The publication said the console has sold 2,506,658 units in the territory.

Operating income for the Game and Network Services division, which includes the PlayStation business, totaled $284 million, a decline of 49 percent from one year ago.

Q2 revenue in the division totaled $4.88 billion, an increase of 12 percent from the year prior.

The PS5 and PS4 sold 62.5 million software units for the quarter, a decline of 18 percent from the year prior. Digital downloads totaled 63 percent of software sales. 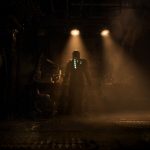