The company said when an Xbox console is online and regional carbon intensity data is available, the Xbox will schedule game, app, and OS updates to the console at certain times that can result in lower carbon emissions due to a higher electricity draw from lower-carbon sources on the electric grid.

Carbon aware downloads are available now to Xbox Insiders who use the Shutdown (energy saving) option and will deploy to all users soon. 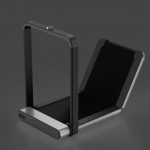