Famitsu this week said the Xbox Series X|S sold 1,854 units to rank as the No. 4 best-selling hardware between Nov. 28 and Dec. 4. 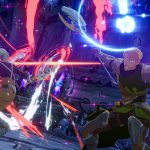