Target Corp. this week is selling Microsoft Corp.’s Xbox Series S at under $250 with a bonus gift card in a new Black Friday initiative.

This week, customers can purchase the Xbox Series S at $249.99 and receive a $50 Target Gift Card at no additional cost. 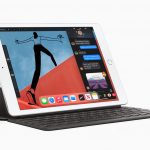