Xbox No. 2 in Sept. dollar sales

Microsoft Corp.’s Xbox Series X|S ranked as the No. 2 video game hardware in domestic retail data for the month of Sept.

For the month, the Xbox Series X|S ranked at No. 2 in dollar sales at U.S. retail.

For the fourth quarter, Xbox gaming revenue decreased $259 million or seven percent due to decrease in Xbox content and services and Xbox hardware.

Xbox content and services revenue decreased by six percent due to lower engagement hours and monetization in first and third-party content, but was offset in part by demand for Xbox Game Pass subscriptions. 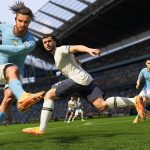 Next Story:
FIFA 23 tackles No. 1 in Sept. retail sales