Developed by Asobo Studio, A Plague Tale: Requiem, the sequel to A Plague Tale: Innocence, is a third-person action adventure title in which Amicia and her brother Hugo embark on a dangerous new quest. 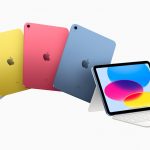