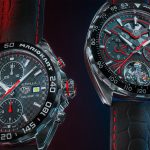 Next Story:
Spider-Man: Miles Morales to battle PC in Nov.