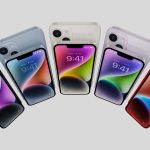 Next Story:
iPhone 14 Plus drops to retail