This week, Halo Infinite ranked as the No. 16 Most Played Xbox title.

The title includes the Master Chief in a battle against a ruthless foe.

The Winter Update, to include Campaign Network Co-op and Mission Replay, will be released Nov. 8. 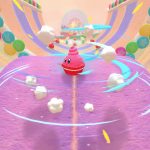