Developed by Obsidian Entertainment, Grounded in a first-person base-building survival title in which users must build bases to protect themselves from insects and elements in the backyard.

The final game includes online co-op functionality for up to four players. 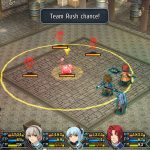 Next Story:
The Legend of Heroes: Trails from Zero treks to Nintendo Switch, PC