Developed by Konfa Games, is a rogue-like tactics army battler in which users can build an army of wizards, cultists, and ninjas to battle enemies in a post-apocalyptic labyrinth. 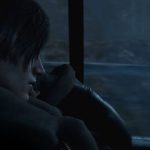