This week, Halo Infinite ranked as the No. 17 Most Played Xbox title.

The title includes the Master Chief in a battle against a ruthless foe.

The Forge Beta will launch concurrently on Nov. 8.

Finally, Halo Infinite Echoes Within Season 3 will launch in Mar. 2023. 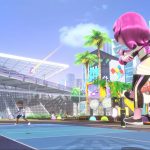