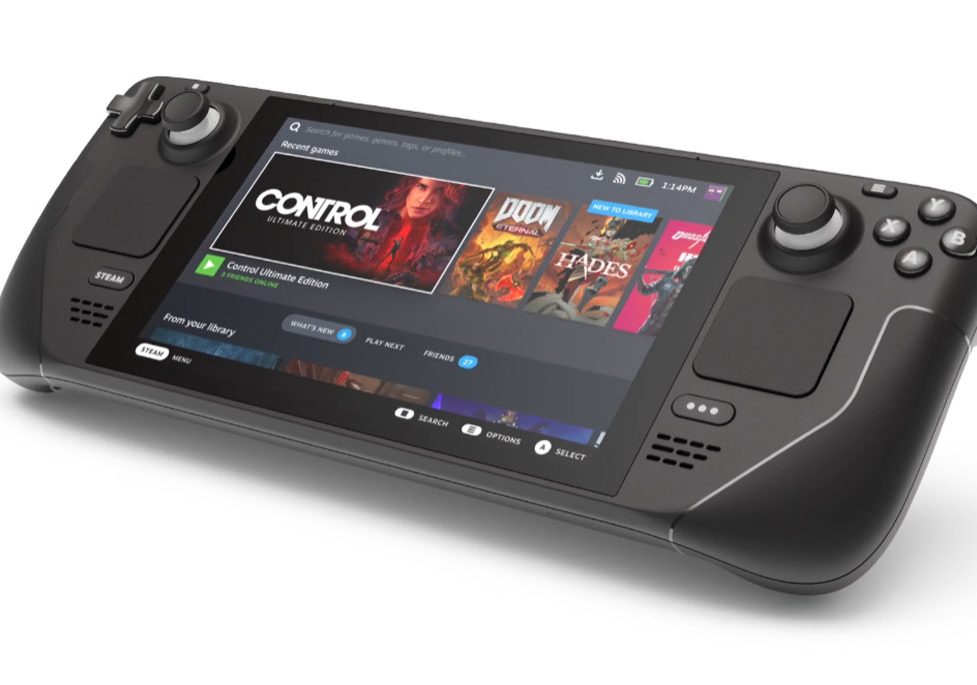 Portable gaming PCs have been relegated to laptop format for decades.

As graphics chips, batteries, and displays were cost-reduced, Nintendo Co., Ltd. introduced the Nintendo Switch, hardware that merged the console and handheld business into a mass market machine. Valve Inc. extends that business model with the Steam Deck – a more powerful gaming handheld that leverages its Steam platform but inherits some PC problems.

The Steam Deck is a portable beast that includes a custom quad-core AMD Zen 2 CPU and 8 CU RDNA 2 GPU, 16GB LPDDR5 RAM, up to 512GB high-speed NVMe SSD, and 40Whr battery. The mid-tier unit reviewed included a 256GB high-speed NVMEe SSD which relayed quick boot and load times in the UI and between games.

The 7-inch touchscreen display can render 1200 x 800 resolution at 60Hz. It’s flanked by large grips that include left and right analog sticks, a d-pad, ABXY button array, dual trackpads, dual triggers, dual analog triggers, and four grip buttons across the back chassis. While it looks ridiculously large compared to the Nintendo Switch, the mid-portion is fairly thin, it is comfortable to control, and the entire hardware weighs only 1.47 pounds.

The Performance tab will be the most frequented by avid gamers due to a myriad of graphics controls that can determine battery life. Options include Framerate Limit, Refresh Rate, Half Rate Shading, Thermal Power limit, Watts settings, Manual GPU Clock Control, and Scaling Filter. Every tweak (in addition to in-game graphics settings) will allow owners to squeeze extra battery life out of graphics-intensive games.

Online functionality excels on Steam Deck. It utilizes the Steam Friends List to send messages, invite, or join games without a hitch. It’s a stark contrast to the Nintendo Switch Online division which requires users to pay extra and trade Friend Codes for multiplayer functionality.

Because the Steam Deck is essentially a handheld PC, it also incorporates PC-type problems. System updates are randomly initiated at startup which can cause the hardware to boot to a black screen or require a full reset. Running AAA titles can cause the fan to kick up loudly and cause the central chassis to run very hot. Finally, despite the wide range of software in the Steam catalog, many are not ‘Deck Verified’ and remain in a risky compatibility status. The experience can certainly feel incohesive and is a stark reminder of how well the Nintendo Switch integrates software and hardware.

While the Steam Deck may require a few more software updates and hardware revisions to perfect its execution, the handheld is the first robust PC gaming handheld capable of securing a large portion of the mobile gaming market. With its powerful hardware and expansive PC library, the Steam Deck is no doubt a sturdy competitor. 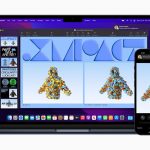