Famitsu this week said the Xbox Series X|S sold 8,915 units to rank as the No. 3 best-selling hardware between June 20 and June 26.

For the third quarter, Xbox hardware held a 13 percent increase in revenue due to strong demand for the Xbox Series X|S. 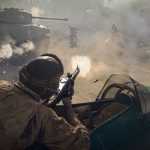