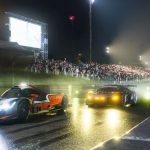 Next Story:
Forza Motorsport to drift to Xbox Series X|S in 2023