Between Mar. 7 to Mar. 13, Elden Ring ranked as the No. 12 best-selling software in the region. 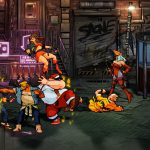