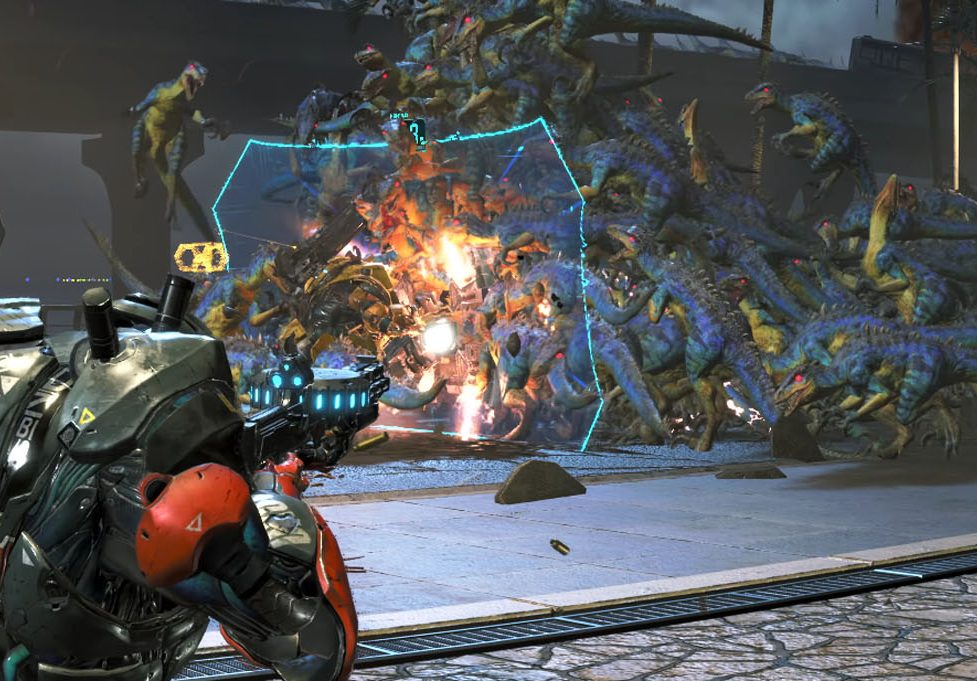 Exoprimal is a third-person online team-based multiplayer title in which users battle waves of dinosaurs.

The final game will include firearm weaponry and defensive options.