Bandai Namco Entertainment Inc.’s Elden Ring for the PC ranked as a top title at Steam due to high player count post release.

This week, Elden Ring ranked as the No. 2 Steam title based on player count.

Previous Story:
The King of Fighters XV PS5 No. 22 in Japan 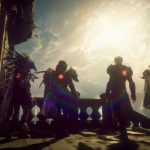