Developed by Midgar Studio, Edge of Eternity is a turn-based RPG that includes a fantasy world, crafting system, and soundtrack by Yasunori Mitsuda.

The final game is said to include 50-plus hours of gameplay. 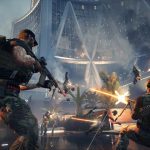 Next Story:
CrossfireX deploys to Xbox