Between Dec. 13 and Dec. 19, Nintendo Switch software ranked in all the top 30 best-selling software rankings in data from Famitsu.

Pokémon Brilliant Diamond / Shining Pearl ranked as the No. 1 software for the week, while Super Mario Party ranked at No. 30 in the same period. 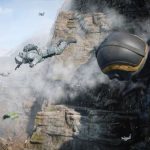 Next Story:
Battlefield 2042 PS5 No. 7 Most Downloaded PSN title