Microsoft Corp. this week released Xbox Cloud Gaming to the Xbox Series X|S and the Xbox One.

It is now available in 25 regions.

In addition, Windows 10 PC owners to play games from their Xbox Series X|S or Xbox One console in the Xbox App with Xbox Remote Play. 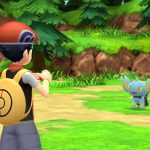