Football Manager 2022: Xbox Edition is a simulation title that will include more than 120 leagues, a new animation engine, improved controller integration, Versus Mode, Fantasy Draft, and an Online Career Mode.

The final game will include cross-play between Xbox consoles and PC. 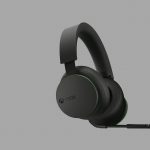 Next Story:
The King of Fighters XV Open Beta Test to bout PS5, PS4 next week