Look alive Spartan. The second Halo Infinite Multiplayer flight test launched this month and from a weekend preview this ship is about ready for takeoff.

First, the online infrastructure is solid. From the Social Arena division, users can select from several 4v4 maps, including Bazaar, Live Fire, Recharge, and Behemoth, the latter of which includes classic vehicles like the Warthog and the Ghost. Matchmaking to game start took about 1 minute and there wasn’t any lag or disconnects during the match.

Second, the gameplay is awesome. Halo veterans will feel like stepping into an old pair of shoes when armed with the Assault Rifle and two grenades. The Assault Rifle is perfect. It’s still the de facto weapon for close and far encounters with just enough ammo for one or two kills. But there are a few major changes to get accustomed to. Grenades are very lightweight which means they can bounce off surfaces or be tossed clear across the map to damage opponents. Another Halo attack that has changed is the melee. It’s no longer a one-hit wonder for instant kills and more of a finisher to cap off the remaining 25 to 30 percent health of an enemy. The new changes aren’t necessarily better or worse, they just need to be accounted for in battle.

Also, the Grappleshot is tons of fun. From launching toward an enemy with a melee to leaping out of danger, it is one item Spartans will be hunting down in each map.

Third, the maps are great. Bazaar is a rectangle plaza with flanked buildings to hide in and an open interior to force opponents to impact in the middle. Live Fire is an outdoor training facility with scant structures and open terrain for both sniping and subsequent close quarters combat. Recharge is a small resource infrastructure facility where players will cross each other in hallways and bi-level fights. And Behemoth is a larger desert map with teleporters and vehicles.

Finally, the graphics are really solid. The build barely stuttered at 4K/60FPS on the Xbox Series X, and held sharp details and textures on Spartans, weaponry, and buildings. It’s come a long way from the build that was previewed one year ago, and no one will be thinking about Craig after they see this game in action. 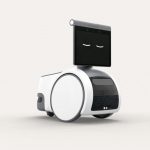