Famitsu this week said the Xbox Series X|S sold 2,089 units to rank as the No. 3 best-selling hardware between Sept. 6 and Sept. 12.

Microsoft Q4 gaming revenue increased 11 percent to $3.74 billion from the year prior.

In addition, Xbox Content and Services declined four percent due to growth in Xbox Game Pass subscriptions offset by declines in third-party titles compared to the year prior.

Finally, Xbox hardware revenue increased 172 percent from the year prior due to demand for the Xbox Series X|S. 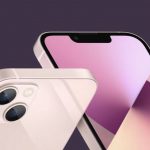