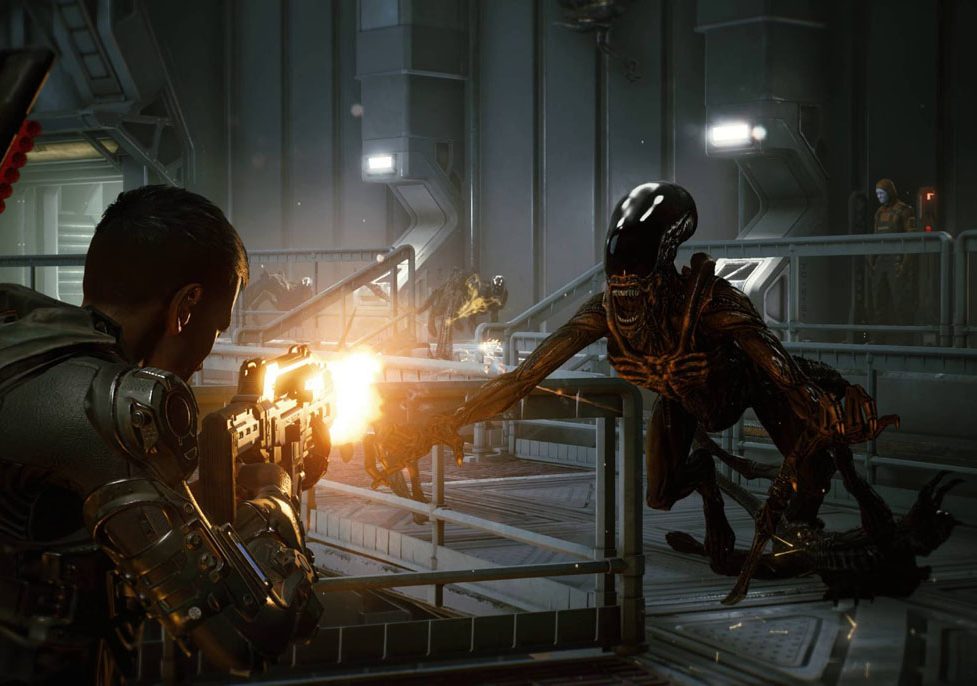 Stop your grinnin’ and drop your linen. 35 years after the release of Aliens, Cold Iron Studios has developed a shooter worthy of the iconic sequel. From its frenetic pace to its attention paid to the Alien franchise, Aliens: Fireteam Elite is not a typical bug hunt.

Aliens: Fireteam Elite is a third-person, three-player co-op shooter that pits Colonial Marines against waves of Xenomorphs. Taking place 23 years after the original Alien trilogy, the campaign takes cues from Prometheus, Alien, and Aliens. From claustrophobic hallways to open alien derelicts, each level infested with a barrage of hungry enemies.

The title includes five classes – Gunner, Demolisher, Technician, Doc, and Recon, each with useful special abilities and a perk grid that can be assembled to fit new upgrades. More than 30 weapons and 70-plus mod attachments are robust enough to keep replay value through 12 difficult levels.

Aim controls are tight and weapons are satisfying to fire. Main weapons, sub weapons, and even the pistol are effective to combat enemies. All weapons can be leveled up to four stars and many are shared between classes to offer incentive for users to switch classes and weapons per mission.

Alien AI is superb as they crawl on ceilings and walls, pounce through air ducts, and mob players from multiple directions. New Xenomorphs like Spitters and Prowlers help to keep firefights varied. Enemy synthetics and Working Joes are equally intimidating and offer varied tactics for cover fire and ranged shooting.

Co-op functionality was decent on Steam. Matchmaking and co-op connections held in most sessions. Ally AI for single-player sessions are adequate, but their classes can’t be selected.

Graphics are solid on the PC, with up to 120Hz frame rates, ambient occlusion, and high texture detail. Mid-range budget gaming machines can see frame rates drop to the 30s, though the game remains playable.

Sound design is great and utilizes a backlog of iconic archival effects, from the Pulse Rifle to radar blips. Music is fantastic, with an arrangement of flutes, base, horns, and drum work that not only recalls instrumental cues from the Alien trilogy, but expands upon it in unexpected moments.

Aliens: Fireteam Elite is a lean and mean co-op shooter that gets the job done. From relentless shootouts to fantastic imagery and sound, the title delivers a solid hive to survive.