Sol Cresta is a vertical shooting title sequel to Terra Cresta and Moon Cresta. The title will include the option to dock and combine with ally ships to power up, and the option to reconfigure ships to change attacks.

The final game is directed by Takanori Sato, with music by Yuzo Koshiro. 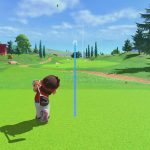