Xbox Game Pass to drop The Ascent this week

Microsoft Corp. this week will release The Ascent to Xbox Game Pass for Console, PC, and Cloud.

Developed by Neon Giant, The Ascent is a action shooter RPG set in a cyberpunk world.

The final game will include co-op for up to three users, and customizable appearance, skills, and abilities.

It will be released July 29. 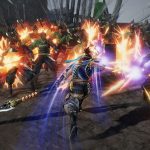