Fable III is an action RPG released in 2010.

Fable Anniversary is an HD remaster of the original Fable with new textures, 3D models, and all content from The Lost Chapters.

Both will be released Apr. 30. 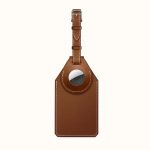 Next Story:
Hermès to sell Apple AirTag Travel Tag at $699