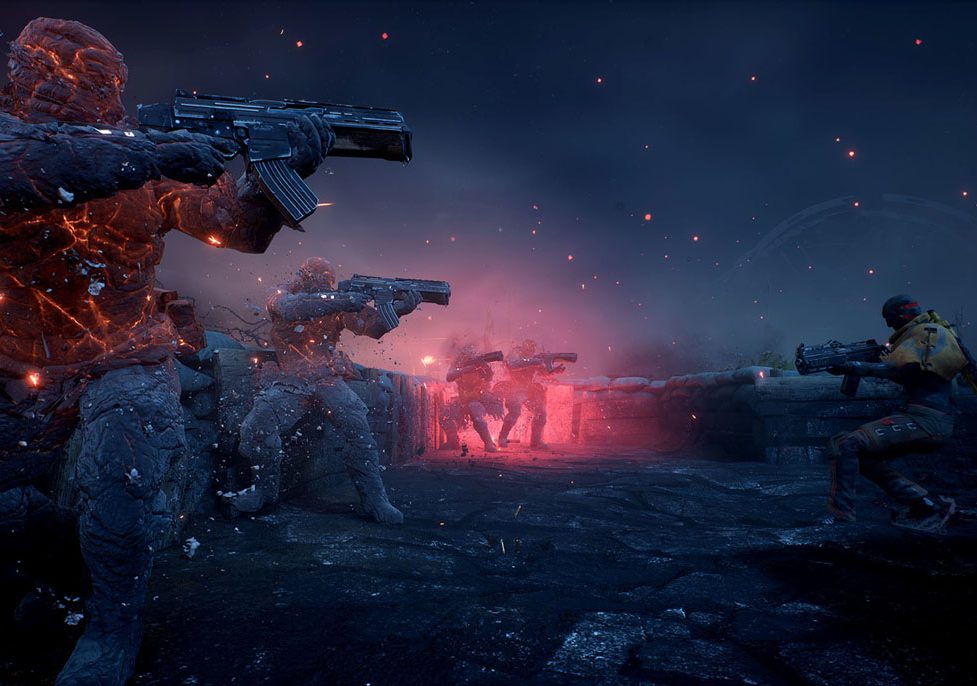 After an event known as the Anomoly, the player awakens 30 years later post cryo-freeze to the untamed world of Enoch, a land once thought to be a safe haven for inhabitants of Earth that is now torn to shreds by war.

Up to three players can battle together on the same platform or via cross-play. Each player can equip two main weapons, one side arm, and up to three skills. Skills are based on four classes – Devastator for close range tank attacks, Pyromancer for medium range fire attacks, Technomancer for long-range support, and Trickster for close range hit-and-run offense.

Gear, including head, chest, legs, and shoes can also be customized with one or more skill enhancements. In addition, all gear can be dismantled for parts, which can be used as currency toward upgrades. Thankfully, each battle provides a wealth of loot to eliminated the need to grind for gear.

Battles are refreshingly fun, with a mix of weaponry and skills that can be used to counter the agile AI. Enemies are prone to hide, dodge, counter, and summon their own skills with ease. Rather than a lot of barriers for stop-n-pop shooting, many levels take place in open fields for plenty of space to shoot and loot.

Besides level growth, the World Tier can level from 1 to 15 to increase game difficulty. Each tier advance includes better loot but a large spike in difficulty. Even after leveling the World Tier, users can always adjust difficulty downward to ease the intensity.

Each level consists of a town area, main mission, and side quests. In town, users can banter with squad mates like driver Jakub, scientist Dr. Zahedi, or fortune teller Channa, all of which round out a colorful and diverse cast of both likeable and offensive characters. Dialogue is blunt, humorous, and well-acted.

Powered by the Unreal Engine, Outriders scales great on the latest consoles, with a consistent 60FPS across the PS5, Xbox Series X and Xbox Series S. Music is orchestral and grand with solid sound effects for bullets and skills.

Online infrastructure is where Outriders can fail. Its launch has been plagued with the inability to sign in, disconnects, loot loss, and more. However, in just a week People Can Fly has issued a large patch across all platforms that have helped online stability and matchmaking.

At its core, Outriders is a fast-paced shooter with RPG elements. But its integration of skills, large customization options, and its intriguing world will have users enjoying every bit of the war-torn planet of Enoch. Should the online infrastructure stabilize, the title has the potential to become the best new IP in years. 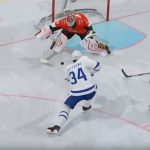