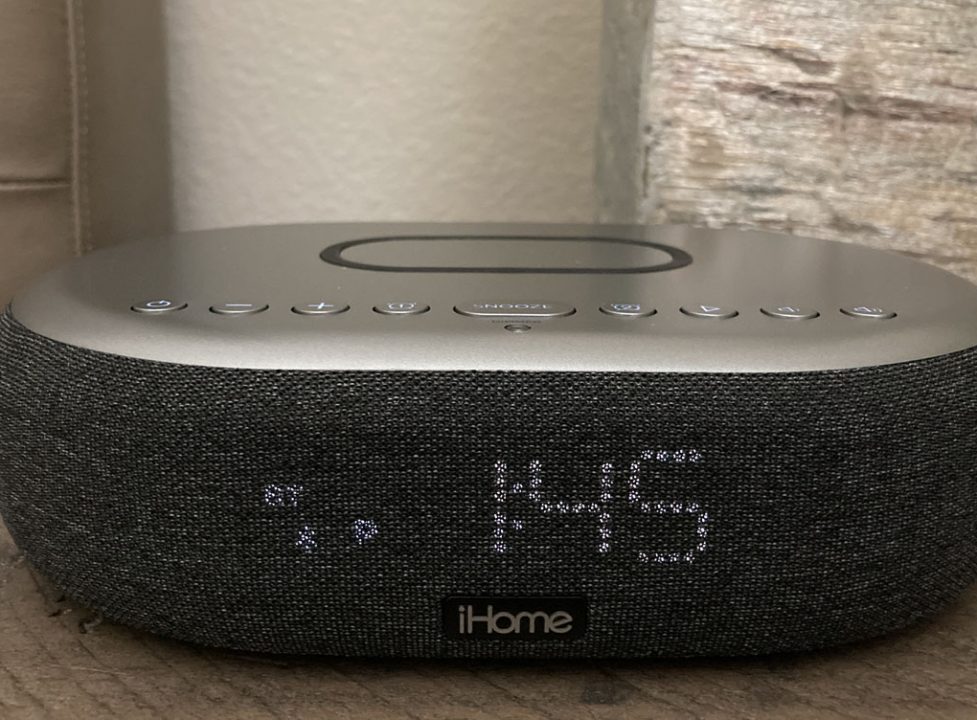 The TIMEBOOST features a matte grey finish and a nice dark grey fabric front that helps to diffuse the glare of the digital display. The dimmable LED display can be set to various levels of brightness or on auto-dimming which will change according to the amount of light in the room. It can also be turned off completely for those who prefer less light in the room. On the surface is a wireless 10W Qi charger, which charged the iPhone SE each time without a hitch. In addition, the Qi charging surface can accommodate larger phones without blocking the physical button array.

On the back is a time set button, USB-A 5W port, daylight savings toggle, and Bluetooth pair button. The extra rear USB-A port is a great for charging a secondary device, like an Apple Watch or AirPods, and worked flawlessly.

Bluetooth pairing took a few seconds and paired to allow the iPhone sound to relay through the TIMEBOOST stereo speakers. Speaker sound provides a welcome boost to overall audio, though the mids and high levels were not entirely pronounced.

The alarm clock itself can be set to two times and several alarm tones. An alarm noise that consists of a sequence of guitar strings was the most welcome to wake up to. If Bluetooth is enabled, the paired phone alarm will blare through the TIMEBOOST speakers.

The iHome TIMEBOOST is an excellent smart alarm clock. After using only a standard Qi charger, the TIMEBOOST, with its multiple charging options and speaker functionality, now has a permanent place on the nightstand.