Capcom Co., Ltd. this week will release the Resident Evil Showcase to preview the next installment in the franchise, Resident Evil Village.

The Resident Evil Showcase, to be released Jan. 21, will include an extended trailer that previews the world and new characters.

Like RE7, Resident Evil Village utilizes a first-person perspective. The final game is in development using the RE Engine.

It will be sold for Sony Corp.’s PlayStation 5, Microsoft Corp.’s Xbox Series X and the PC in 2021.

Previous Story:
Control to drop to Xbox Game Pass for PC this week 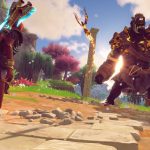 Next Story:
Immortals Fenyx Rising No. 9 in Dec. U.S. sales