Best Buy Co. Inc. this week said it will offer refunds for CD PROJEKT RED’s Cyberpunk 2077 for Sony Corp.’s PlayStation 4 and Microsoft Corp.’s Xbox One to buyers unsatisfied with the game.

The policy follows complaints of performance, bugs, and crashes.

The retailer said it will offer returns for opened copies of the Cyberpunk 2077 PS4, Xbox One, Collector’s Edition, and Xbox One Digital SKUs through Dec. 21.

After customer complaints, CD PROJEKT RED this week said unsatisfied buyers could receive a refund for Cyberpunk 2077. It asked customers to contact them at helpmerefund@cdprojektred.com for assistance.

CD PROJEKT RED said a new round of patches for the PS4, Xbox One, and PC versions will be issued, including Patch #1 in Jan. and Patch #2 in Feb.

Cyberpunk 2077 is an open-world RPG set in the metropolis Night City. The title includes V, a hired gun who receives his first contract. 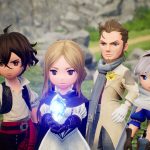