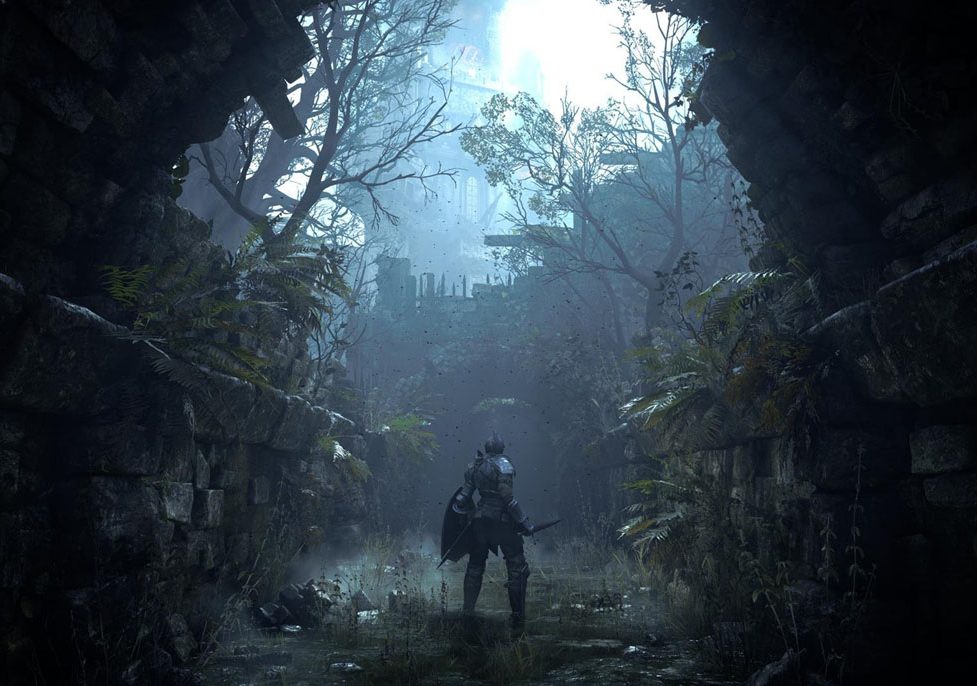 Developed by JAPAN Studio and Bluepoint Games, Demon’s Souls is rebuilt from the 2009 title developed by FromSoftware. In the title, a lone warrior must slay all demons to send The Old One, a colorless fog that manifests demons that hunger for human souls, back to slumber.

Each level in Demon’s Souls is a masterfully constructed to test your ability. At each turn is a different enemy encounter that will require tactics and precision in order to proceed. Enemies are relentless, but not invincible, and with each subsequent death, players have a deeper knowledge of how to overcome their next challenge.

Boss battles are as brutal as they are intimidating. From the massive Tower Knight to the clever Armor Spider, each boss requires careful planning and technique to defeat, and subsequently vanquish from the world.

Between levels, warriors reside in The Nexus, a temple where souls can be traded for stat upgrades, weapons, and, items.

Each warrior can equip arms including swords, shields, bows and arrows, and magic to dispose of enemies. In addition, each item yields damage and weight properties that must be considered prior to usage.

Two forms of existence are found in Demon’s Souls – Human Form and Soul Form. A Human Form is afforded a full health bar and the option to summon a Soul Form, a fellow online player who has died and is searching to return to Human Form. Should a Soul Form help aid a Human Form in vanquishing a demon, or use an item called the Stone of Ephemeral Eyes, it returns to Human Form.

A hefty amount of respect has been paid to retain the gameplay from the original Demon’s Souls. From movement cadence, evasion, and enemy AI, the title is honed from the same rigid framework.

What has been rebuilt is the graphics engine and it is stunning. Demon’s Souls in dynamic 4K/60FPS (or native 4K/30FPS) is a glorious showcase for the PS5. From bleak environments to massive boss fights, the world has been painstaking reinvented to utilize the latest chipset architecture to form a world that is brutally breathtaking.

In addition, haptic feedback from the new DualSense controller relays each shield block and sword strike with precision. Even a nearby fire-breathing dragon can make the controller rumble with rage.

Finally, the soundtrack, which recreates the original, now utilizes a full orchestra and choir to complete a hauntingly somber yet epic score.

Demon’s Souls is a killer app for the ages. Its gameplay is refined, its graphics are rebuilt, and the souls, they are reborn.

Next Story:
Assassin’s Creed Valhalla PS5 No. 25 in Japan sales