Microsoft Corp. this week sold out of post-launch Xbox Series X after it restocked the product at the Microsoft Store.

This week, the Xbox Series X held a sold out status at the Microsoft Store online division.

It has held limited stock since launch Nov. 10.

Graphics fidelity includes 4K at 60FPS, up to 120FPS fidelity, Variable Refresh Rate, Variable Rate Shading, and 8K functionality. The hardware itself can be placed in vertical or horizontal orientation. 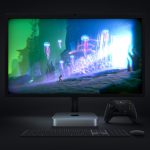