Nintendo Co., Ltd. this week recorded increased profit in the first half of the fiscal year due to high demand for the Nintendo Switch.

In Q2, Nintendo recorded an operating profit of $2.8 billion, a 209 percent increase from the year prior.

In addition, it sold 49.81 million units of software in the period.

The company forecasts shipment of 24 million Nintendo Switch units for the fiscal year ending Mar. 31, 2021, an increase from a prior forecast of 19 million units. 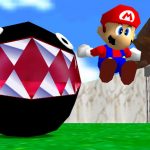