The Xbox Series X|S will utilize the full power of the CPU, GPU, and SSD to relay higher framerates, maximum resolution, and reductions in load times.

For example, Fallout 4 will run at 60FPS from 30FPS on the Xbox Series S.

Graphics fidelity includes 4K at 60FPS, up to 120FPS fidelity, Variable Refresh Rate, Variable Rate Shading, and 8K functionality. The hardware itself can be placed in vertical or horizontal orientation.

The Xbox Series S is 60 percent smaller than the Xbox Series X, includes a custom 512GB NVME SSD, and is all digital with no optical drive at $299.99. 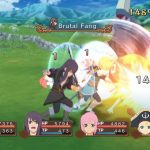