GameStop Corp. this week said it sold out of additional pre-order sales for Sony Corp.’s PlayStation 5.

The retailer said all units made available Sept. 25 have sold out and pre-orders are temporarily closed.

In addition, it offered limited in-store pre-order sales to brick and mortar customers. 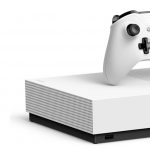 Next Story:
Nintendo Switch No. 1; Super Mario 3D All-Stars No. 1 in Japan