The retailer disclaimed that it will offer additional pre-order sales for PS5 consoles online and in-store. 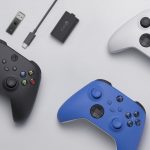