Xbox Series X|S Xbox All Access to start at $24.99 per month

Both programs require no upfront cost and zero percent APR.

Xbox All Access will be available in 12 countries this holiday, including Australia at Telstra, Canada at EB Games, France at FNAC, New Zealand at Spark, South Korea at SK Telecom, and the UK at GAME and Smyths Toys. 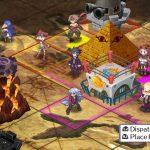