Hynospace Outlaw is a 90’s internet simulator. Tell Me Why: Chapter 1 is a narrative adventure game. 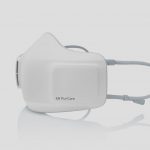 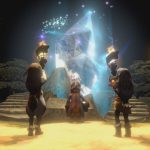