Nintendo Co., Ltd. will release an upgrade to the Nintendo Switch hardware in 2021 according to a new report.

Bloomberg this week claimed Nintendo will release a more powerful Nintendo Switch that would include added computing power and 4K graphics fidelity.

In addition, the new hardware would be sold with new casual and core software.

Production is expected to begin next year.

The Nintendo Switch held record sales in Q1 and has sold 61.44 million units since launch in 2017. Demand for current hardware remains high as consumers spend more time at home due to the global pandemic. As a result, sales for software like Animal Crossing: New Horizons have skyrocketed to 22.4 million units since its release in Mar.

While the current Nintendo Switch hardware is capable of handling select titles that are sold for Sony Corp.’s PlayStation 4 and Microsoft Corp.’s Xbox One, many high-profile games like Square Enix Holding Co., Ltd.’s Final Fantasy XV, Activision Blizzard Inc.’s Call of Duty franchise, and Capcom Co., Ltd.’s latest Resident Evil titles have been left off the platform due to hardware restraints. 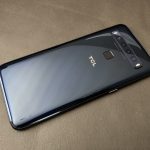 Next Story:
Nintendo eShop Share the Fun Sale to conclude