Final Fantasy VII HD is a remastered version of the original title released in 1997. 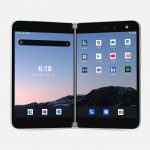