Titles include Minecraft Dungeons, Destiny 2, Tell Me Why, Gears 5, and Yakuza Kiwami 2. 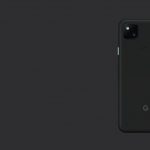 Previous Story:
Google Pixel 4a to sell at $349

Next Story:
Steam Tactics, RogueCube, Mystery Mine drop to Xbox One