The racing simulation title is said to reimagined for a new generation in a new trailer.

The final game is said to include 4K / 60 frames-per-second graphics fidelity with ray-tracing.

Forza Motorsport will be sold at a to be determined date. 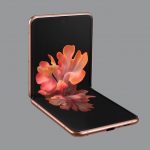