The custom NVME SDD is said to deliver 2.4GB per second of raw I/O throughput, or more than 40 times the throughput of the Xbox One. Hardware Accelerated Decompression utilizes a new propriety algorithm called BCPack and the standard LZ decompressor to reduce the game package without loss in quality or performance. The new DirectStorage API allows developers to establish multiple I/O queues, prioritization, and minimize I/O latency. Finally, the Sampler Feedback Straeming provides an multiplier of available system memory and I/O bandwidth to load only sub portions of a mip level into memory when the GPU requires the data. 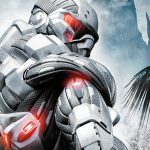