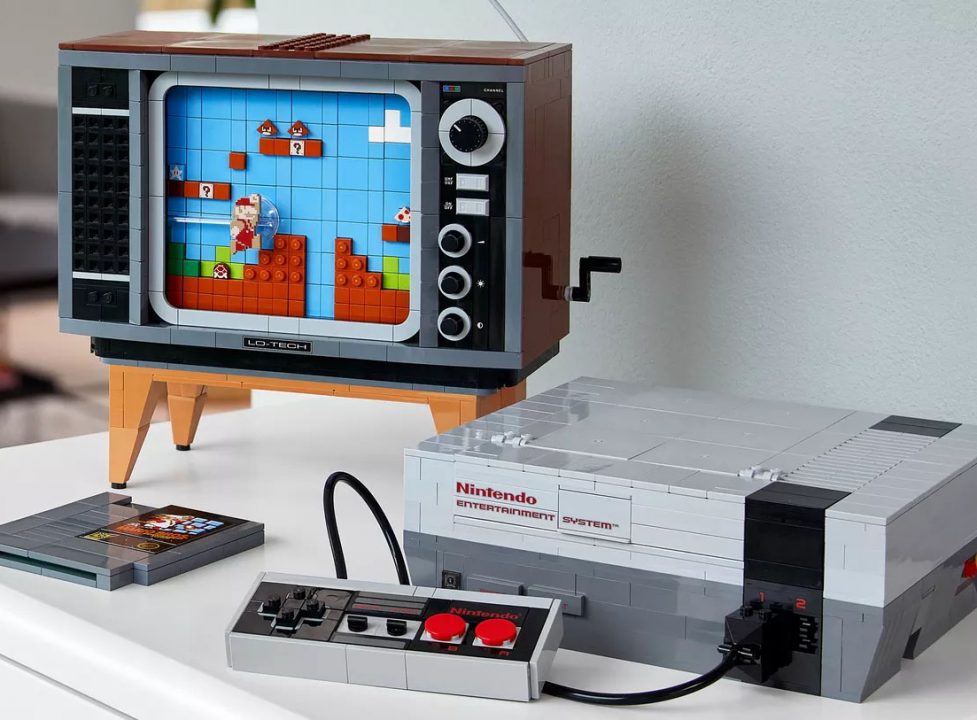 The LEGO NES Building Kit will include a brick-built NES model with opening slot for a replica Game Pack, brick NES controller with connecting cable, and a 1980’s LEGO television set with a scrolling screen at $229.99.

In addition, owners can connect the LEGO Mario from the LEGO Super Mario Starter Course to react to on-screen enemies, obstacles and power-ups.

It will be sold Aug. 1 at LEGO stores and LEGO.com.