CrossCode is a 2D action RPG that includes an action-based combat system and puzzle mechanics. 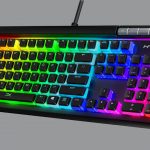