Microsoft Corp. this week is holding the Deals Unlocked Add-on Sale at the Xbox Live division.

The sale discounts select DLC for the Xbox One by up to 70 percent off.

The sale is valid until July 5. 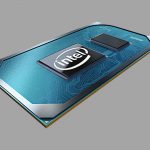