The publisher said the update applies to physical and digital versions sold.

The PS5 and Xbox Series X version is said to include 60 frames-per-second graphics fidelity and 4K resolution. In addition, the version will include reduced load times.

Marvel’s Avengers is a third-person action adventure title to include single-player and co-op functionality. 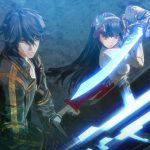