Developed by Tencent Games, Pokémon Unite is a free-to-start tile that will include 5v5 team battles in real-time.

In the title, users battle wild Pokémon opponents in the field to score points.

The final game will include level progression, evolution, move unlocks, and cross-platform play.

A release date is to be determined. 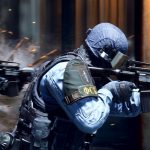